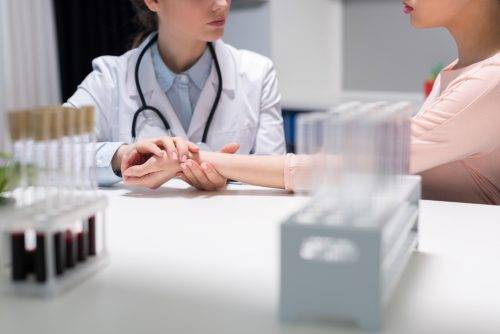 The Ohio Department of Health today increased the level of flu activity in the state of Ohio to “Widespread,” the highest level of concern.

The number of flu-associated hospitalizations increased to 144 during the week ending December 9 – the most recent data available – and a significant jump from the 92 flu-sufferers hospitalized the week before.

In contrary, 29 people were hospitalized during the second week of December last year.

Since the flu season began in October, 401 people suffering from the flu have been hospitalized, which is trending well above the five-year average, according to a news release from the Department of Health.

Ohio did not reach the “Widespread” level until mid-January, in the last year of 2016. However, by March, 5,130 flu-sufferers had been hospitalized compared to 3,633 during the 2015-2016 season, and 9,374 in the 2014-2015 season, according to the Department of Health. Also, during last year’s flu season, 5 children in Ohio and at least 3 adults in Cuyahoga County died from flu-related illness.

The best way to protect against flu viruses is to get a flu shot vaccine, the Department of Health and the U.S. Centers for Disease Control and Prevention say. The shots will be offered by doctors, clinics, health departments, pharmacies, and by many employers and schools.

“Flu vaccination prevents millions of illnesses and tens of thousands of flu-related hospitalizations each year in the U.S. … and can significantly reduce a child’s risk of dying from influenza,” said Dr. Clint Koenig, medical director of the Department of Health.

Other ways to avoid contracting or spreading the flu include covering coughs and sneezes, frequent hand-washing with soap or alcohol-based sanitizers, and staying away from public places when sick.