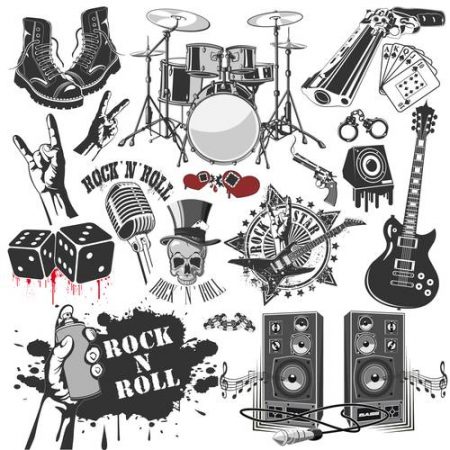 Cleveland has long been known as the birthplace of Rock and Roll. While many historic events took place in this location, people speculate that these happenings haven’t happened by chance.

The history of rock started back in the early 1950s when a radio disc jockey named Alan Freed started his radio show on WJW in Cleveland. It was gaining popularity because of the kind of music he was playing for his white listeners.

When Freed and the owner of the Record Rendezvous record store, Leo Mintz, became good friends, Ultimately, this friendship resulted in an extensive cooperation of merging the efforts and benefiting from each other.

Mintz convinced Freed to start playing this music on his radio show. They had to change the genre to “rock ‘n’ roll”. The term was borrowed from old blues tunes and means “to fornicate.”

The teenage generation, unlike middle aged-people, positively reacted to the new genre. It evoked the spirit of rebellion and gradually revolutionized the music history.

Further, Cleveland became the place where most of the musical prominent events took place. Elvis Presley played his very first concert in Cleveland at Brooklyn High School. In 1966, The Beatles played a concert inside Cleveland’s iconic Public Hall.

Additionally, in 1970ies Cleveland started broadcasting WMMS-FM local radio station. Most of the DJs played mainly what they wanted.  Thanks to WMMS, many artists and bands, like Rush, Bruce Springsteen, David Bowie and Fleetwood Mac gained popularity.

Finally, Cleveland hosts The Rock and Roll Hall of Fame. The hall features the evolution of this musical and cultural phenomenon through more than 50 exhibits.

From Music Festivals To Haunted Houses: Autumn Season in Cleveland