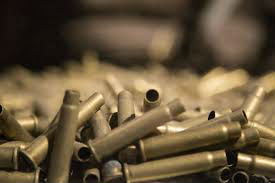 CLEVELAND, OH – Two men were fatally shot and two other people were injured by gunfire in an early morning shooting. Apparently, the violence erupted in a parking lot outside a social club in Cleveland’s Clark-Fulton area.

The gunfire started at roughly 1 a.m. at Club Alma Yaucana. It’s located on West 25th Street and Barber Avenue. As it turns out, the club is exclusively for Puerto Rican residents, according to its Facebook page.

Currently, police have made no arrests. Though police allege that there was a fight in the parking lot that spurred the gun violence. Unfortunately, Giovanni Santana-Rojas, 36, died from the shooting, per officials at the Cuyahoga County Medical Examiner’s office. Additionally, Rojas’s wife also confirmed the news. Police discovered his body in the parking lot.

Furthermore, a 32-year-old man died at the MetroHealth Medical Center. Medical personnel rushed him from the scene, according to police. However, police haven’t identified the man yet.

Additionally, an ambulance transported a 26-year-old male to Metro Health. The man is listed in critical condition. Also, the hospital lists a 25-year-old woman in serious condition from the incident. Her status was confirmed by Cleveland EMS.

Detectives at the scene identified at least 26 pieces of evidence in the ongoing investigation. Included among the evidence were bullet casings, clothes, and bullet-riddled cars. In fact, officials removed five cars and trucks from the scene.

A dozen family members of the victims showed up later in the parking lot. They cried and hugged at the loss. Also, a man, who remained anonymous, says his mother heard two loud booms, like shotgun blasts, followed by gunfire.

According to Cleveland police, the owner of the club is cooperating.