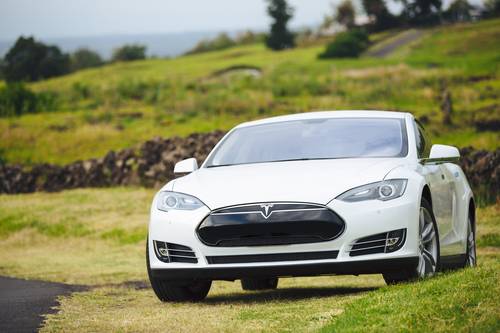 Tesla eased off the accelerator in manufacturing its new mass-market Model 3. The company faces questions over its ability to make new vehicles in large quantities.

The production of the Model 3 has been temporarily suspended, as it remains challenged by problems on the assembly line in Northern California.

Some Tesla customers have waited for a car they put on a deposit more than two years ago. Unfortunately, they will have to wait a little longer.

It’s at least the second time in recent weeks that Tesla has halted production. This time, Tesla said it made the move “to improve automation and systematically address bottlenecks to boost production rates.”

The latest hiccup comes after Tesla surprised investors with a rapid improvement in production pace at the end of March when its output hit 2,000 vehicles per week.

Some industry experts suggest that CEO Elon Musk’s ambition to adopt advanced automation on the assembly line was too high.

“Yes, excessive automation at Tesla was a mistake. To be precise, my mistake. Humans are underrated,” Musk said last week on Twitter.

The company declined to say how long production would be stalled but said it’s “not unusual” and “our Model 3 production plan includes periods of planned downtime.”

“These periods are used to improve automation and systematically address bottlenecks in order to increase production rates,” the company said in a statement that mirrored the one issued in February. “This is not unusual and is, in fact, common in production ramps like this.”

Tesla has delayed production on the car, first unveiled in March 2016, several times. Musk has blamed some of the issues on the heavy reliance on robots on the production line.

Tesla hopes to produce 5,000 Model 3s a week by the end of June. The car, which can go 220 miles on a single charge, has a base price of $35,000, though the addition of even basic options can easily put the cost way north of that.

Trucks and SUVs at the Top of Sales in Ohio

How Interstate Car Shippers Help You Move Across the Country