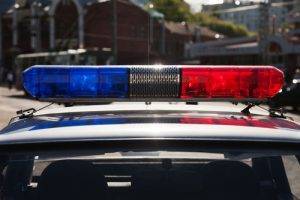 The city of Cleveland was in big relief yesterday after the FBI caught and arrested the man who was planning on bombing downtown Cleveland on Fourth of July. Cleveland was in serious danger of a terrorist attack, but now it’s safe once more.

The 48-year-old man is from Maple Heights and his name is Demetrius N. Pitts.

He caught authorities’ attention when he started following the Facebook page of Al-Qaida, a terrorist organization.

According to investigators, Pitts has two other names, Abdur Raheem Rafeeq and Salah ad-Deem Osama Waleed.

Terrorist is a Man from a Cleveland Suburb

The affidavit supporting this case claims that Pitts revealed anti-American actions in the years of 2015 through 2017. However, this year an undercover FBI agent tricked Pitts into believing he is part of the al-Qaida organization as well.

June 22nd is when the undercover agent met Pitts and found out about his desire to attack downtown Cleveland on Fourth of July.

Police have not revealed whether Pitts had access to bombing equipment or if he was able to create an explosive by himself. However, they claim that Pitts had “the desire and intent” to attack the city during the parade.

However, the police department later stated that the arrest was made to be cautious if he were to take any action tomorrow. “Law enforcement cannot sit back and wait for Mr. Pitts to commit a violent attack,” said Stephen Anthony, an FBI Special Agent.

While he was undercover, FBI provided Pitts with a phone and a bus pass to see what he would do with his plans to tour the Coast Guard Station.

Pitts was on a mission to “destroy the government.” Luckily, he did not succeed.

If all goes well, Pitts should be facing jail time for at least 20 years.