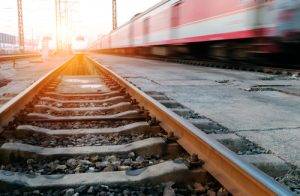 CLEVELAND, Ohio — Starting Sunday, some RTA bus riders will be taking a different route to get to downtown Cleveland.

The signs are already posted, informing RTA passengers that starting Sunday, March 11, the No. 14 and No. 15 buses will be traveling a different route through downtown.

Councilwoman Cleveland heads the council’s transportation committee. She said she believes the changes will adversely affect many people on Cleveland’s southeast side.

Currently, those bus routes take riders from Kinsman and Harvard avenues to downtown on Prospect Avenue but starting Sunday, the buses will avoid Prospect altogether.

“You’re re-routing from Chester to Superior, taking people far away from their destinations,” Cleveland said.

An RTA spokeswoman said that the changes should relieve congestion downtown.

In a statement, she said, “RTA is trying to address concerns expressed by our customers due to slow traffic flows on Prospect. The problem is worse on game days. A customer could be waiting as far down the road Tri-C east and not know their bus in stuck in traffic on Prospect. RTA is always trying to improve reliability and on-time performance of our service.”

“Of course, game day, we have a lot of activities, we’re a busy city now. That will happen, but you’ve got to find a way to balance that with the needs of people to get to where they need to go to,” Cleveland said.

Councilwoman Cleveland said some of her constituents currently have a tough time getting downtown. However, she believes these changes will only make it tougher.

“I represent a lot of people who have low income, who are in public housing and fixed incomes. It’s an inconvenience for them to get to work, to get to the doctor’s appointments, to their children’s school or wherever they have to go,” said the councilwoman.

Cleveland City Council meets Wednesday morning and the new RTA routes will be one of the topics of discussion. Councilwoman Cleveland does say the city has a good working relationship with RTA. Therefore, she hopes to begin resolving some of her issues on Wednesday.

Open or Enclosed Transport: Which is Best?