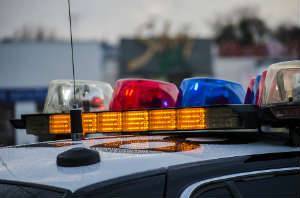 CLEVELAND, OH – Monday morning, February 4, 2019, a Cleveland Police Officer was charged for solicitation of a prostitute 11 times. Sadly, the court charged the officer with 11 counts of prostitution.

The officer, Sgt. Michael Rybarczyk is 58 years old. Not only is this man an officer, but he is also a veteran. Cleveland Municipal Court issued a summons to Rybarczyk on first-degree misdemeanor charges. Unfortunately, the court did not announce a date for the trial.

The court’s charges lie anywhere between probation and six months in jail. The court charges a $250 fine that could easily increase to $1,000 by the judge.

The sergeant has no former citations. Rybarczyk’s only offense in the past two years warnings. These warnings were for failure to notify supervisors that he was the sergeant in monitorization of car chases.

Interestingly, in 2012 Rybarczyk received the Distinguished Service Medal. He this award when he arrested two men who fired gunshots at Cleveland Security Guards.

Sadly, they have not released details of the crime yet. Cleveland Division of Police Internal Affairs Unit is handling the case.

State Employees are Getting Back to Work in the Office