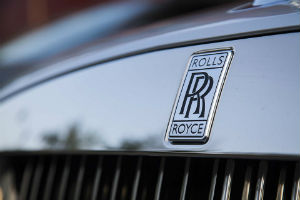 Dreamworks Motor Sports (DMS) delivered the vehicle recently. Furthermore, the auto company made a post on their Instagram page. The post described the vehicle in more detail.

Also, Beckham posted his own Instagram video. The video shows his emblem popping out of the car’s hood. OBJ captioned the video: ” ‘Picture me on da frontta da roof like this!!!’ Preciate u family !!!!’ “

Additionally, OBJ recently appeared at the Met Gala in New York City. The night’s theme was “Camp: Notes on Fashion”. He wore a tuxedo jacket without sleeves. He added a black hat and kilt to the look. Finally, he added a diamond bracelet and cross necklace.

Previously, OBJ skipped Cleveland’s voluntary workouts in April. He was criticized for not taking part in these workouts. OBJ used Instagram to fire back at his critics. He posted pictures and videos of him working out in Los Angeles, California.

However, he was back to practicing with his teammates by mid-May.