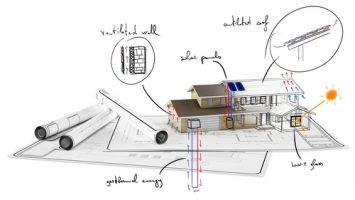 A student at Kent State University in Ohio is incredibly talented with the models of stadiums that he creates.

David Resnik is a 36-year-old architect student who creates models of stadiums as a hobby.

Resnik used to work in sales and was not happy with his job. 3 years ago, his brother suggested he start building model stadiums as a hobby, which changed everything.

In his teen years, he used to build stadium models just because of the love he had for it. In 1995, he was featured in a “Plain Dealer” story with Jacobs Field.

One of Resnik’s friends who also happened to know Bill Willoughby, dean of the College of Architecture and Environmental Design at Kent State University, contacted Willoughby to tell him about Resnik’s work.

Willoughby was impressed and liked all the designs Resnik had created. He tried to guess what type of programs Resnik had used to create the models, however, Resnik had no clue of what the program names were.

Willoughby came to the realization that Resnik creates his models all by hand, which is why he is so talented. His models are extremely detailed and look very realistic.

He includes everything in his designs. Buildings, greenery, sidewalks, etc. Even inside the stadiums or the buildings, he includes the small designs.

He sometimes uses Google Maps to get images of the buildings and will work with PhotoShop as well. He cuts every single piece a few times until he gets the size he wants, then uses a double-sided tape to put everything together.

He even includes lights in his designs! The lights are battery-operated and he uses a small switch to turn them on when he wants to.

For one of the fields he had created, he spent about 300 to 400 hours working on it.

As a kid, this hobby started with building other things like airplane models with Legos or Construx. This has been his hobby since the age of 5. He’s a natural!

Another interest that sparked his hobby was his love of baseball. Jacobs Field led him to build things even more detailed than ever.

It all started with “some scissors and some cardboard and some glue,” he says. And just like that, a legendary architect was made.

Labor Day Fun Weekend in Cleveland: What To Do ?

Porsche Cayenne Gets A Makeover for 2024