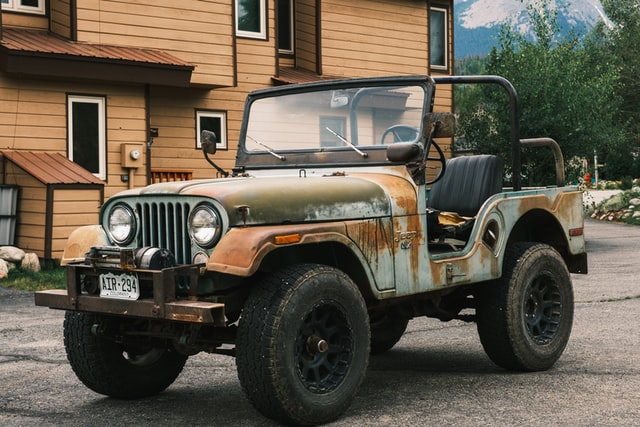 “The Jeep is America’s only real sports car.” – Enzo Ferrari

That well-put, let’s see the specs of America’s truest soldier.

Greet, Meet and Keep the Jeep.

The Second World War’s first Jeep was known as the Bantam Reconnaissance Car #1. The biggest difference was that the curved hood and rounded front clip. Other than that, literally the spitting image of today’s average Rubicon.

With a few tweaks and some minor squeaks, the Army made an order for a type of car that’ll put the Range Rover down as a clown in a merry-go-round.

The Quad would go on to soar with flying colors after the same old path thanks to a 63-horsepower engine. The problem with this “Go-Devil” has to do with the weight and how dissappointing it may be for soliders in battle.

Still, future advancements are too good to pass up when it comes to innovative versatility.

The Elements? Who’re They? We’ll Squash Them All!

Jeep. What a screwy name for a serious set of wheels! No joke, it was coined to represent bravery in the face of mystery. No matter the fare of the air, the levels of the sea, or the cracks of the land, the Jeep would prove itself.

Jeeps generally have a steering wheel that put you in the hot seat of a bus driver during a lunch rushed traffic. Hell, my next car might be your next car.

INEOS Grenadier Arrives In The United States In 2023