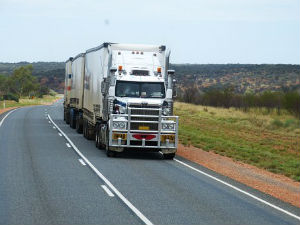 Finally, we got some answers on the abrupt shutdown of Falcon Transport. The Youngstown, Ohio business with a fleet of around 700 shuttered suddenly. In fact, they left drivers and their trucks stranded on the road. However, Falcon Transport says it didn’t let employees know, because it was hustling to raise capital.

This is an unusual position to take. Still, the company says notifying employees would have hampered efforts to raise the money. Coincidentally, the company’s filing to the Ohio Department of Job and Family Services revealed this information.

Naturally, the abrupt shutdown didn’t sit well with employees. In fact, they’ve filed a class action lawsuit. The suit contends that Falcon Transport didn’t provide them with the customary 60-day notice before the layoff.

Reasons for the Shutdown

It wasn’t until last week that Falcon Transport filed its WARN paperwork to the state of Ohio. Mind you, this is several weeks following its closure. The company’s paperwork indicates the reason behind not telling its employees was “unforeseen circumstances relating to material impairment of operations and the inability to realize on outstanding receivables, including, without limitation, issues associated with Falcon’s largest customer closing several operations.”

The ‘customer’ mentioned in their reasoning is most likely General Motors. They recently closed down their manufacturing plant in Youngstown which Falcon served. Furthermore, Falcon cited the loss of new business and a computer virus as reasons for the shutdown.

Falcon filed three WARN notices with Ohio this week. They listed 110 drivers as being affected by the shutdown. This is curious because officials estimate the company has over 500 drivers.

A former employee says Falcon not only abandoned 100 drivers without fuel but also left their freight out on roadways. Additionally, they didn’t pay brokers or insurers.

What a mess… What do you guys think?