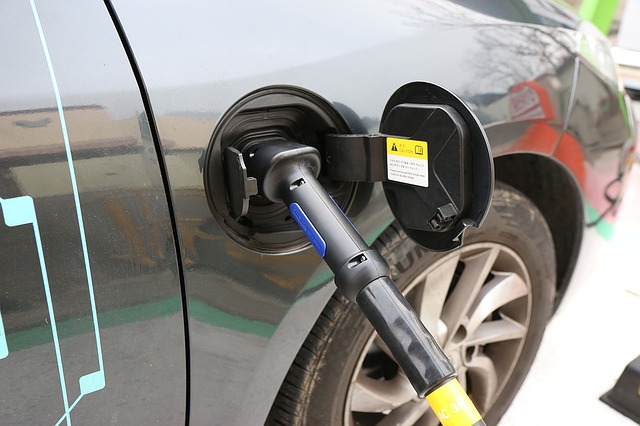 Electric cars have made their first move into the consumer world. Each company has rolled out their version of what they expect for the future. From hybrids to hydrogen, car companies are cleaning up their act! Each new company is rolling out a form of electric vehicle that they feel will solidify them in a new and emerging industry! Lets take a look at a couple of them.

After Tesla had announced its Model 3, For was extremely eager to jump into the world of electric. Tesla’s new addition to its line (the Model Y) is hitting the shelves as I type this, and Ford has unveiled its newest creation the “Mustang Mach-E”. The new addition to the Mustang line has moved pretty far from its predecessors. For starters, the Mustang is the staple in American sports cars. Developed in 1964, Ford delivered a sports car that was affordable and fast. Throughout the next decade, it would pique the interest of many who would modify cars and would spark the fire that was the “muscle car race” of the late 60’s early 70’s.

The Mach-E is a flight away from those times, delivering a different approach to power. The Model Y was developed with the family in mind. Spacious interior, enough seats to hold the whole crew and a premier safety rating put the Model Y ahead of the game. Well, it’s only a matter of time before someone had to come in and challenge to the top spot, which is what we are looking for with the Mustang Mach-E.

This one was a shocking announcement. During the 2020 Superbowl, many fans were treated to a pretty exciting commercial featuring some of the biggest names in sports. When we all thought the words “Tesla” would show up after the montage, the commercial then threw a curveball. “HUMMER?!”, we had all thought. Let’s take a look: The HUMMER EV is the king of electric pickups right now. While most (excluding the Cybertruck) have gone to small, egg-shaped electric cars, GM simply said “no” to that and developed a pickup truck for the pickup truck consumer. One of the largest deterrents for many is the amount of power that an electric car could push out. Understandably when your basis for electric cars was the goofy and egg-shaped Prius.

Pushing out a whopping 1000 horsepower while maintaining not only a look that would appeal to those looking for heavy hauling (and even towing) has been on the mind since the Cybertruck was revealed. The difference between the two is that HUMMER EV is more capable of what a pickup truck needs to be where the Cybertruck simply looks really cool and futuristic. GM is planning development of 10 new vehicles for the EV market. It makes sense seeing as though GM currently holds numerous major car brands under its umbrella.

The Prius EV is exactly what it is. When Toyota revealed the Prius over a decade ago, many were quick to purchase one. Saving fuel was an important factor for many consumers during the early 2000s. Skyrocketing gas prices are eating at consumers. The feeling of being controlled at the pump, many decided to move away from a full-blown ICE. Now, after Tesla has made the push for an all EV line, Toyota wants to be top dog. For many city consumers, the Prius is the perfect mix of space, power, and comfort. While it holds true to the same shape and form of the original Prius, the engine (or lack thereof) is what separates this new vehicle from its predecessors. Now, providing zero fuel and zero-emissions power, the Prius has kept its name in the game amongst giants like Tesla.

How Can Ohio Improve its Public Transit?

Freight Industry Expected to Grow in Next Ten Years

Labor Day Fun Weekend in Cleveland: What To Do ?