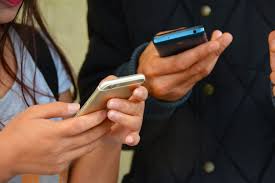 An app designed to provide users with real-time updates on potential criminal activity debuted in Cleveland. Known as Citizen, the app sends a crime alert when monitors discover illicit activity in progress.

The free app operates out of an office in New York. There, individuals who once worked as journalists and first responders tune into police scanners. When they hear pertinent information, they push a crime alert to the Citizen app, alerting residents of the activity.

Designed with public safety in mind, the app’s former life drew criticism. Originally released as Vigilante, Apple banned the app from its store. Fears over inciting participation in crimefighting resulted in its suspension. After the failed 2016 launch, the company retooled the program and Vigilante became Citizen.

Now, they focus on helping residents avoid problems in their neighborhood, rather than potentially inspire them to run towards it.

The app’s new branding proved successful. For example, they serve over 1 million users in New York City. It also presently operates in Los Angeles and Baltimore. They aim to provide the same service for people living in Cleveland.

Despite the rebranding, detractors still criticize the app. Some believe crime alert applications and social media pages stoke paranoia. Receiving push notifications of nearby criminal activity could inflate the prevalence of crime in the perception of users.

However, the app’s designers say they address this issue. They don’t send out notifications regarding suspicious persons, only real activity.

Users receive notifications for any activity within 2 miles. Additionally, they can connect with other users, like their children or spouses, to receive alerts happening around them.

The app allows users to upload photos and video from their phone to share with the network. They say each is screened by employees for salacious content. However, chat between users exists in real-time, offering potential misinformation to spread.

Bank Robber Gives Teller Note with Name On It