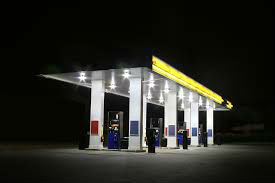 CLEVELAND, OHIO – A 27-year-old man informed police that his girlfriend, 24 years old, was kidnapped from a gas station Sunday morning on the city’s West Side.

According to a post on the Cleveland Police First District Facebook page, Christine McKeever was last spotted at the Speedy Gas Station at West 136th Street and Lorain Avenue at about 1:30 a.m. The station is located in the city’s Jefferson neighborhood.

The boyfriend indicated that while they live in the Buckeye-Woodhill neighborhood, Christine was on the West Side for a visit with her children. Apparently, she then called her boyfriend upset that she’d gotten the visitation dates confused and wasn’t allowed to see her children.

Police then say the man reportedly drove to the West Side and picked up McKeever. From there, the couple visited Bar CLE on Lorain Avenue. Here the boyfriend says they played pool and enjoyed a couple of drinks.

Afterwards the couple was outside the bar, discussing an argument, when, according to the boyfriend, McKeever walked to the nearby gas station. He says he was sitting in the driver’s seat when he noticed McKeever in his rearview chatting with somebody in a car at the station.

The post on the Cleveland First District Facebook page, then says the girlfriend waved her arms above her head and looked in the boyfriend’s direction. After that, the boyfriend says a man got out of the car and threw the woman into the backseat. Then they sped away.

The report also says the boyfriend chased after the car only to lose it before getting close. He claims not to have seen its make or model. The boyfriend headed home hoping to find her at home, though she wasn’t.

Finally, the Facebook post indicates that when calls are made to McKeever’s phone it goes right to voicemail. The boyfriend has no idea where she could be.

Cleveland police are currently investigating the mysterious disappearance. Anyone with information should call First District detectives at 216-623-5118 or 216-623-2508.