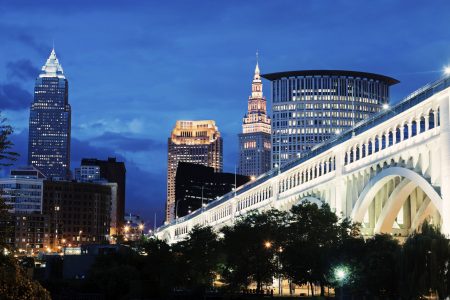 CLEVELAND, OHIO – The federal Bureau of Economic Analysis released a data according to which Cleveland has the largest economy of the state’s metro areas and the 28th largest in the nation. That’s a pretty serious ranking for a city that’s not even in the U.S.’s top 50 cities by population. Clearly, Cleveland has something special going for it.

The economy grew more than in other areas last year given a number of reasons. Last year, the city strengthened its mining and natural resources industries thus boosting the employment rate. Additionally, the wholesale trade and supply chain, as well as arts and entertainment reported growth.

Cleveland’s economy grew by 2.9 percent last year and was valued at $140 billion compared to Cincinnati’s growth of 2.4 percent valued at $138 billion and Columbus’ growth up 2.1 percent valued at $136.6 billion. Economists attribute that growth to a number of things, including local policy, economic diversity, and pure luck. However, in 2017 at least, Cleveland got the breaks it needed to grow its economy faster than other places.

In spite of this, the economists believe that Columbus will surpass Cleveland due to its population growth. The improvement in GDP is a positive factor, but that doesn’t reduce the economic disadvantages of the city.

Bill LaFayette, owner of the economic consulting firm Regionomics, believes that Columbus has more population growth that will create demand for local services. Columbus was highly rated for significant growth in construction, health care, professional and business services in 2017.

Ben Ayers, senior economist at Nationwide, mentioned that the economy is when people are productive. The less people, the less productive is the economy. However, population and productivity don’t correlate perfectly with one another. Technology, innovation, and even things like transit can affect a city’s economic growth.

Internet Scams Are on the Rise Because of the Pandemic