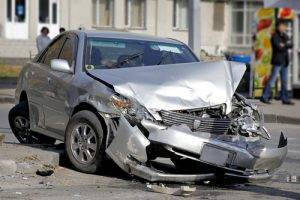 COLUMBIA STATION, Ohio – A break-in at a firearms store in Mentor caused a shooting and then a chase of a stolen vehicle by several police departments into Columbia Station. There was the pursued vehicle crashed into another vehicle on Monday morning.

Mentor officers responded to a break-in at Silverado Firearms, located at 7255 Center St. in Mentor, around 5:00 a.m. where they found a person running from the front of the store towards the back of the building. At the same time, a vehicle came from behind and started driving towards officers, refusing to stop.

Officials are on scene at Silverado Firearms investigating the cause of the incident.

Two officers fired a total of four shots at the vehicle. The driver exited the vehicle and fled on foot, which led to a passenger to move into the driver’s seat and lead officers on a chase from Center Street on State Route 2.

Shell casings were left at the scene of a break-in at a Mentor gun store.

During the short pursuit, the vehicle went off the right side of the road, down an embankment and through a fence until it came to a rest in the parking lot of a business on Tyler Boulevard.

When in the parking lot, an occupant inside the car stole a vehicle from a medical facility across the street.

Ohio Priest Accused for Sexual Misconduct with a Minor

Bank Robber Gives Teller Note with Name On It