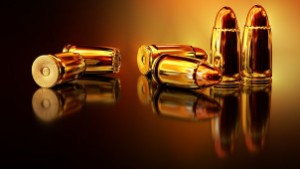 CLEVELAND, OHIO – A Cleveland Police Officer shot a man in the arm and five additional people were arrested during an incident on Thursday. The police were attempting to execute a search warrant when the suspects fired several rounds at them.

According to the Cleveland Police Department, all of this went down around 7:30 in the morning on Thursday. The Cleveland Division of Police and Swat attempted to execute a search warrant intended for a male who had a violent felony warrant issued. Officers attempted to enter the address at 4340 W. 132nd Street when the melee broke out.

During their attempt to execute the warrant, the officers were confronted with a barrage of gunfire from an unknown male assailant. Cleveland Police officers responded with their own gunfire and somewhere in the exchange wounded the male suspect in the arm.

The police supplied the suspect with the necessary medical treatment until EMS personnel arrived on the scene. From there, the suspect was transported to the hospital. Currently, he’s admitted into the hospital and being cared for with what are termed non-life threatening injuries.

Police officers also arrested the five other suspects on the premises when gunfire erupted. This included the man who was named in the original warrant.

As far as the officers involved in the shootout, all were medically checked while at the scene. They were all deemed fine.

Officials are still investigating the incident.

Another Deadly Shootout in Cleveland