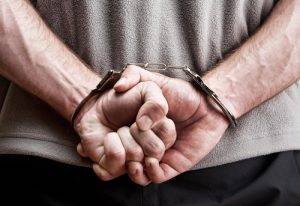 A man from Maple Heights plotted to set off a bomb at the 4th of July fireworks celebration in downtown Cleveland to “strike at the values at the very core of our nation,” according to the officials.

Demetrius N. Pitts, 48, expressed a desire to join al Qaeda and kill U.S. citizens — including military personnel and their families. He told the undercover agent of his plot to conduct a July 4 attack on Voinovich Park, where the fireworks are set off each year, authorities said Monday during a news conference announcing Pitts’ arrest.

“Just last week, this defendant was walking around downtown Cleveland conducting reconnaissance on what he believed was a large-scale attack,” U.S. Attorney for the Northern District of Ohio Justin Herdman said. “He looked for a place to park a van full of explosives.”

The FBI’s Joint Terrorism Task Force arrested Pitts on Sunday afternoon. He will appear later Monday in federal court, Herdman said. Pitts faces a maximum of 20 years in federal prison if he is convicted, Herdman said.

Pitts is a U.S. citizen and Philadelphia native, but he became radicalized and is also known by the names Abdur Raheem Rafeeq and Salah ad-Deem Osama Waleed.

Stephen Anthony, FBI Special Agent in Charge,  declined to say during the news conference if Pitts had access to, or can make, an explosive. But Pitts had the “desire and intent” to conduct the attack, Anthony said.

The attack was planned to be at Voinovich Park. He was also pleased the location is near the U.S. Coast Guard station and the Anthony J. Celebrezze Federal Building, the affidavit says.

Pitts told the undercover agent he planned to travel to downtown Cleveland to conduct reconnaissance on the area. The undercover agent texted Pitts on June 22 and indicated al Qaeda “brothers” would provide him a bus pass and a cellphone. A confidential source then met Pitts on July 25 in Maple Heights and gave him the items, authorities said.

Pitts texted the undercover agent the following day to say he’d completed his reconnaissance, and that he wanted to “destroy the government,” the affidavit says. He subsequently met with the confidential source to the return the cell phone, so its content could be given to al Qaeda “brothers,” the affidavit says.

Pitts met the undercover agent for a final time on Sunday. He explained his plan to travel back to his hometown of Philadelphia, so he could conduct reconnaissance for a future attack there, the affidavit says. The undercover agent reminded Pitts that people would die in a potential terrorist attack, but Pitts responded by saying he did not care and had no regrets, the affidavit says.

Pitts has an extensive criminal history, including prior convictions for felonious assault, domestic violence and carrying concealed weapons, Anthony said.

There is no approved information about the Pitt’s home investigation.

Police Chief Calvin Williams said the Cleveland police department will have additional police officers on duty, as is standard for all holiday celebrations or large events. Officers on duty will have a heightened sense of vigilance, Williams said, but he also asked residents to report any suspicious activity.

Pay extra attention to people around you and be safe. Happy 4th of July!