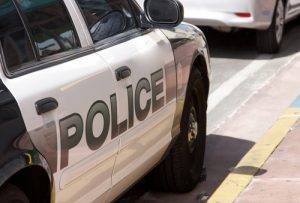 CLEVELAND, Ohio — A 30-year-old man died late Thursday after being shot by a man chasing him from a home in the city’s Stockyards neighborhood.

The shooter also wounded a 23-year-old man who was sitting in a parked car near the home, according to police. Police did not say if the two victims knew each other, or who lived at the home. All that we know so far is that one man died and another sustained injuries in this terrible event.

Cleveland Man Shot While Trying to Flee His Home

The incident happened at about 10 p.m. on West 58th Street between Storer and Dennison avenues. Police that the 30-year-old man came running out of a home on the street. A man followed him, witnesses said. That man was holding a gun in his hand.

The gunman shot the 30-year-old man several times as he attempted to flee. Paramedics found the 30-year-old man dead in the middle of the street. Out of respect for his privacy, the authorities will not release his name yet. The Cuyahoga County Medical Examiner will release the man’s name once his family is notified.

A bullet also struck the 23-year-old man in the head as he sat in a parked car with two other men. His friends drove him to MetroHealth, where he is hospitalized. Despite the gunshot wound, authorities say he is not in any danger of losing his life. After all, he has some of the finest medical professionals in Cleveland working on his case. In the end, he should be fine, unless something terrible happens.

The gunman ran off after the shooting and has not been arrested or identified by police. Of course, they will conduct a thorough investigation in an attempt to find the suspect. After all, we don’t want a violent gunman roaming the streets, do we?