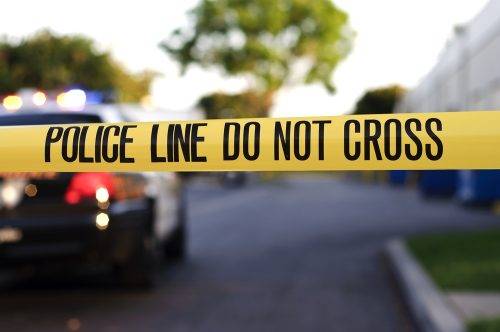 CLEVELAND, Ohio — A 17-year-old girl is in critical condition after someone shot her in the back as she rode in a car. The shooting took place in Cleveland’s Collinwood neighborhood, police say.

The shooting happened about 11:45 p.m. Thursday on Westropp Avenue, between East 143rd and East 146th streets, according to police. No arrests have been made in the shooting.

The girl was in the front passenger seat of a 2012 Volkswagen Passat with a 21-year-old man in the driver’s seat when the shooting happened, police reports say.

The man and the girl were hanging out with another woman at a house on Westropp Avenue. The three of them went to a nearby gas station and returned to the home, police said.

The woman got out of the car and went inside the house, police reports say. The other two stayed in the car, and another car with its high beams on pulled up behind them, according to police.

Police reports say, the 17-year-old got out of the car, then got back inside. A gunman from the car parked behind them got out and fired about 14 shots at the car, according to police.

The man was unharmed, but a bullet struck the girl, according to police. Police said a total of six bullets hit the side of the car and others shattered all four side windows.

The man sped off and the gunman’s car followed for a short time before it headed in a different direction, police said. He stopped his car in front of the Blue Breeze Bar on Lakeshore Boulevard and East 169th Street because he saw someone standing outside the bar, police said.

The man standing in front of the bar called 911. According to police reports, the girl was not breathing when police arrived. The officers gave her CPR until the ambulance arrived and took her to University Hospitals, police said.